Imagine if FaceTime for Mac could make calls to not just iPhones but also Android, Windows, and Blackberry devices too. That’s exactly what LINE for Mac does in a slick FaceTime-style interface that’s sure to prove popular with Mac users that have friends and family using different mobile devices. LINE for Mac allows you to make free calls and send free messages to iPhone, Android, Windows and Blackberry phones as well as other Macs and PCs. 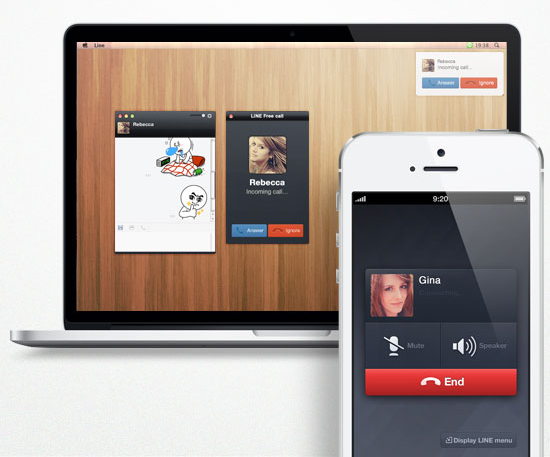 LINE is also available for Windows meaning Mac users can communicate with friends that use PCs as well as Macs. However, although Line for Mac offers much greater flexibility than FaceTime, it doesn’t feature video calling yet although you can send short video and audio messages. 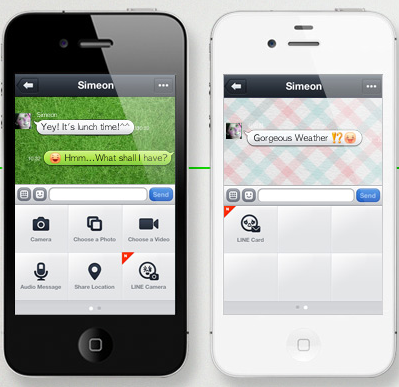 Call quality using LINE for Mac is pretty good though although this will depend on your internet connection and 3G network.

LINE for Mac is also jam packed with emoticons (and with the option to purchase more elaborate “stickers”) to make messaging more fun.

In the mobile version, Line also has a few plugin-apps such as LINE Camera which allows you to edit photos and emoticons, Line Card to create greetings cards and LINE Brush for finger painting. There are other useful features too such as the ability to add new friends by shaking phones next to each other or via QR codes, create contact groups and choose from 36 wallpapers.

In the 7 months since it was released in Japan, the developers claim LINE for Mac has gained over 100 million users which is pretty impressive. Until now, many iPhone and Android users have resorted to using WhatsApp to keep in touch with friends and family but unlike LINE for Mac, WhatsApp has never been released for PC or Mac.

Download LINE for Mac and try it for yourself.